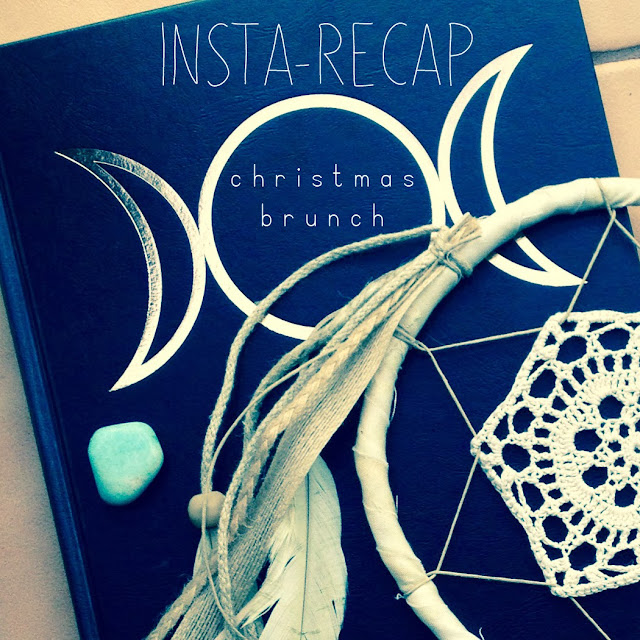 Would have been cool if the brunch was today
but it wasn't.. it was on Thursday.  Sadah and I had our gift
exchange while we ate some Middle-Eastern and Mediterranean
treats with our moms!  The spread was beautiful.  Sadah definitely
takes after her mom with her hostessing skills.  As soon as I get
Sadah's recipe for kadaif I will post it for you all to try.
It was delish.

Of course I got the best gift from her.  A leather
sketch book with the goddess symbol embossed on the cover,
a beautiful large crocheted dream catcher,
an Amazonite stone for creativity and personal expression
and... best gift ever... a 2014 Olive calendar!!
So thoughtful.  I love everything!

For her I gave an authentic dream catcher, some
tiny sketches of her favorite things in tiny vintage frames
and a vintage bronze curtain ring that can be worn as a bracelet!

I hope you all had a lovely Christmas! 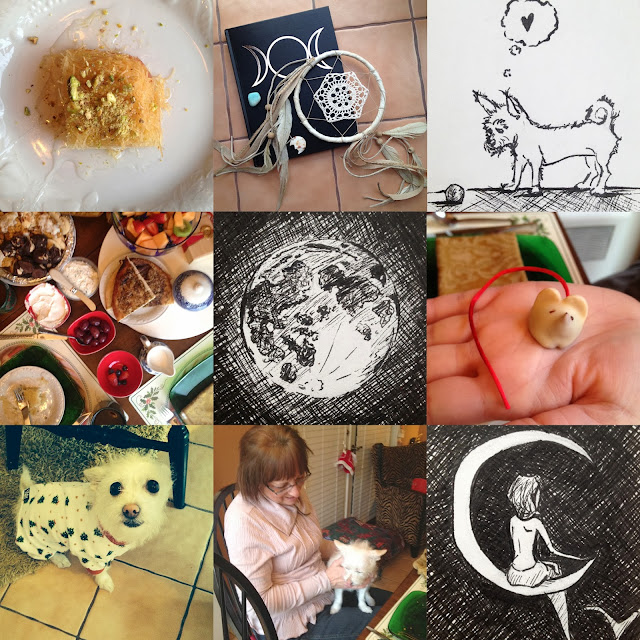 #tistheseason
Posted by The Paper Doll at 5:50 PM No comments: 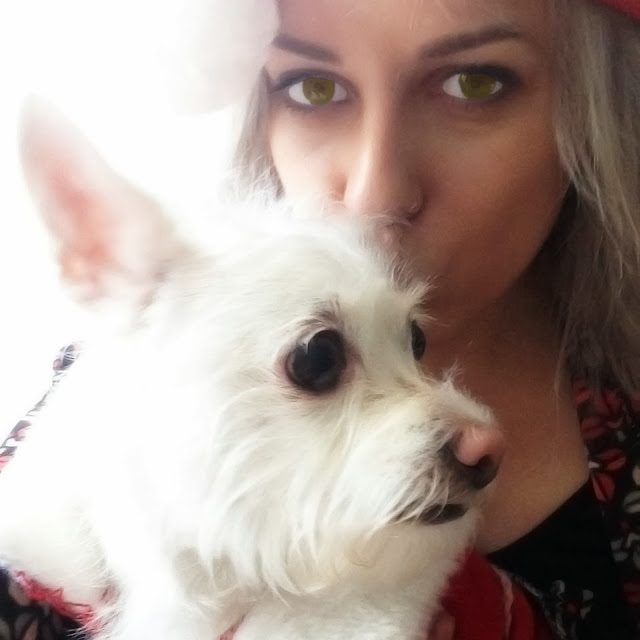 Olive hosted her very first Jingle Mingle today!
She did such a great job and hated everyone.

Everyone came with pups in tote to Sadah's place!
None of the dogs got along, but the parents all had fun!
So many festive drinks and treats.  Everything looked great.
Super cozy and a perfect party to get us all in the mood for
c h r i s t m a s ! 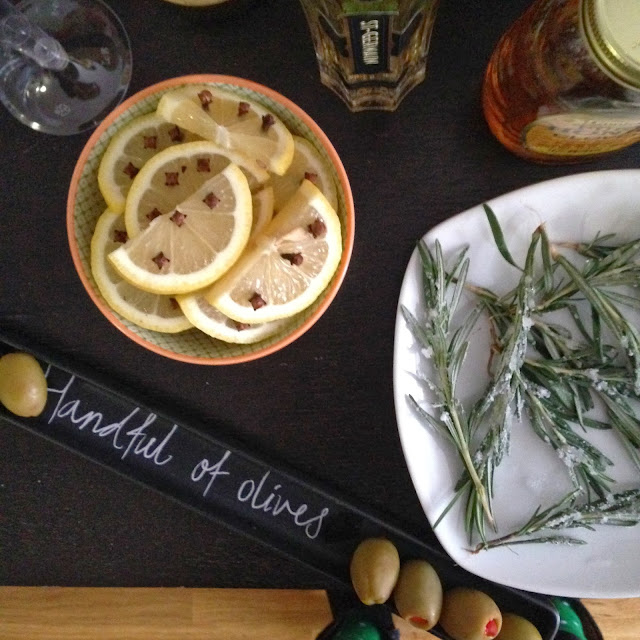 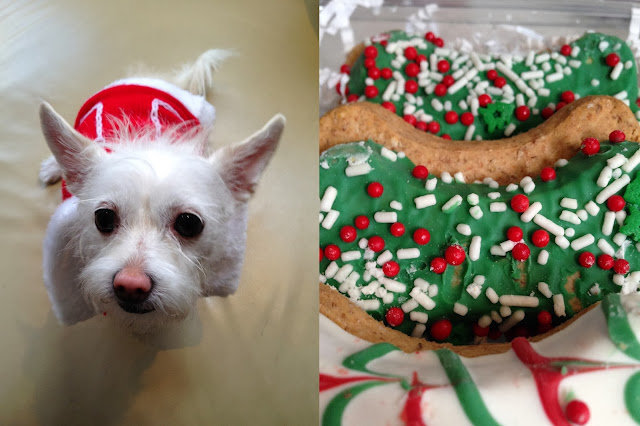 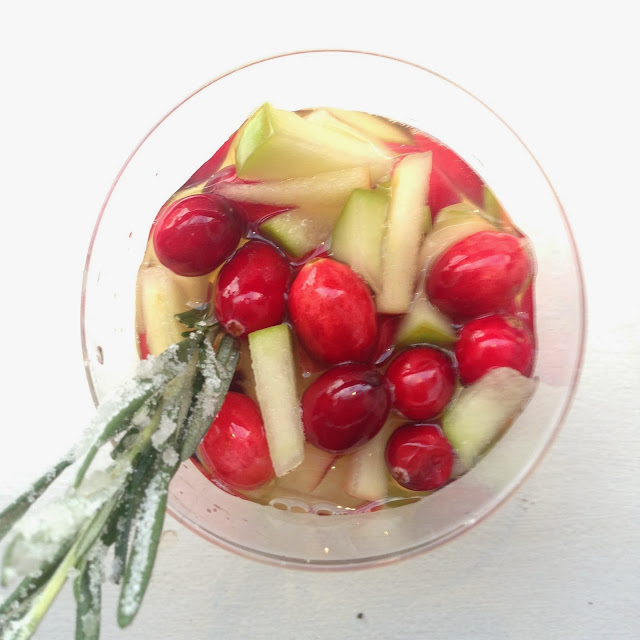 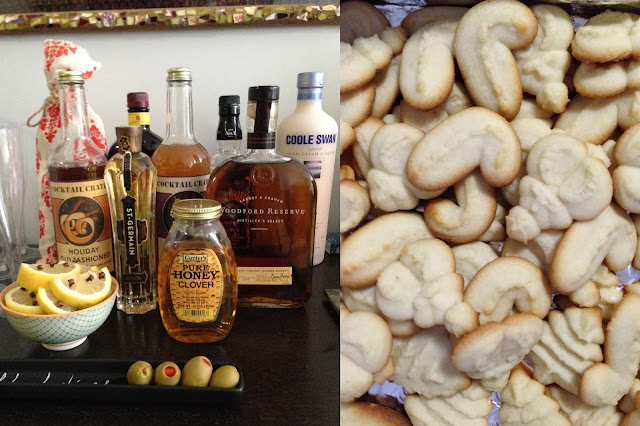 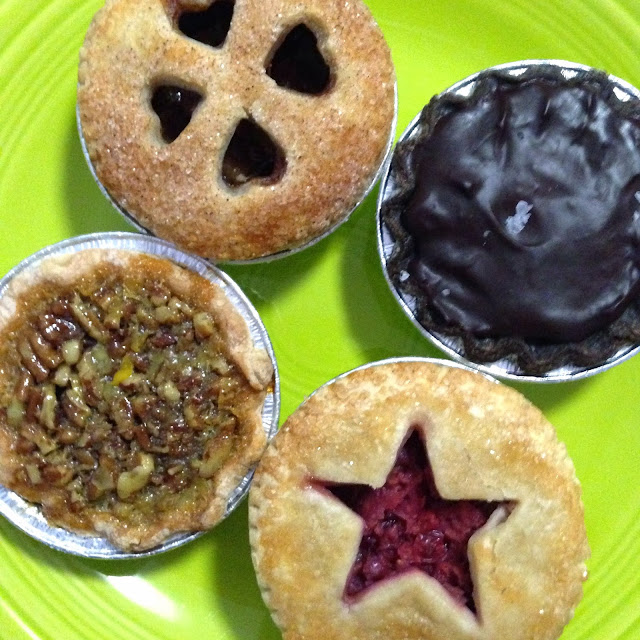 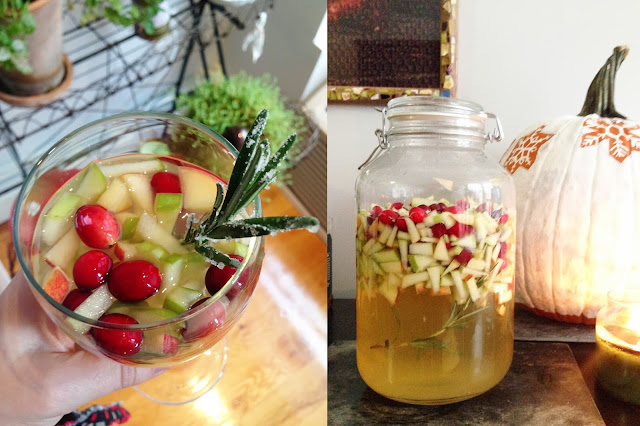 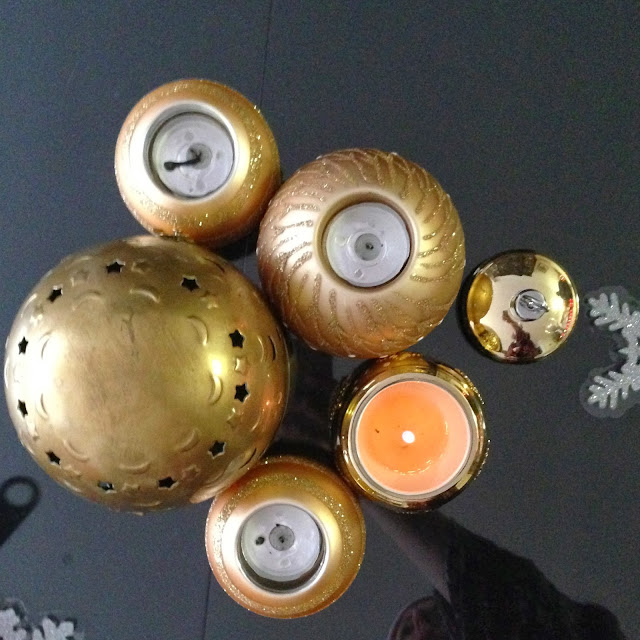 #happyholidays
#olivesjinglemingle
Posted by The Paper Doll at 10:10 PM No comments:

I must say, Tiny Christmas & Tiny Hanukkah was a success.
I got most of Lauren's gifts at tinythingsarecute.com.  No joke.

As some of you may remember, my friend and I celebrate
the holidays in the tiniest of ways... with super small gifts!!! 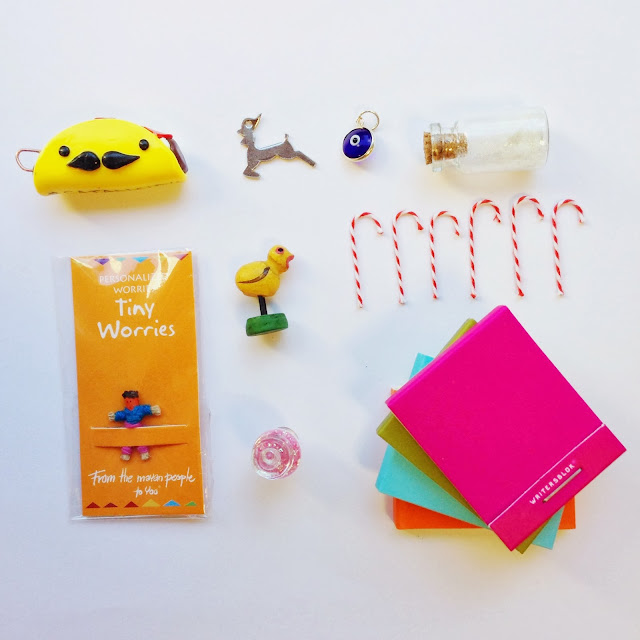 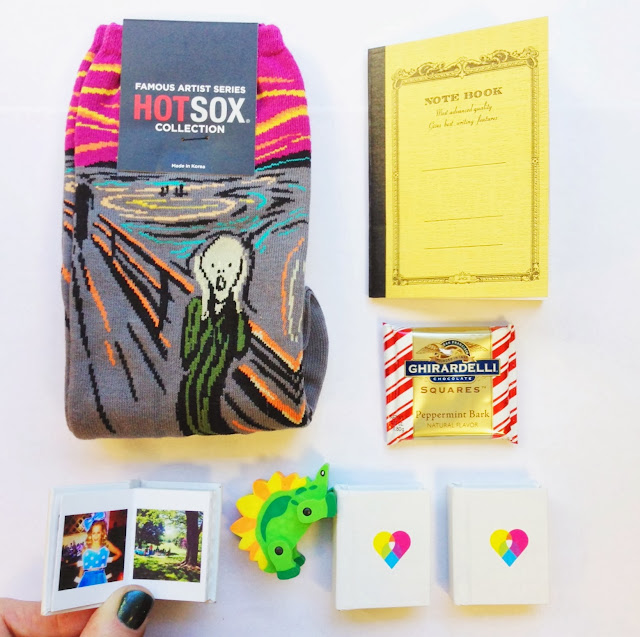 And now for regular human sized Christmas,
here's my little list of the things that I wouldn't mind having in my life. 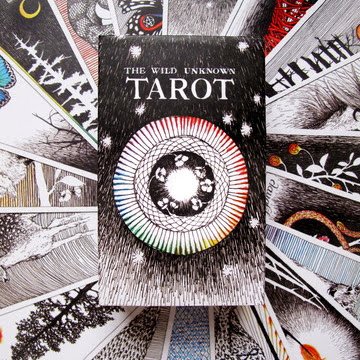 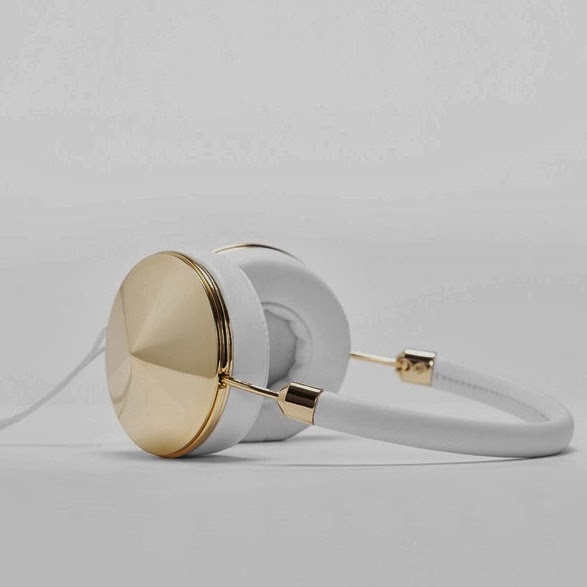 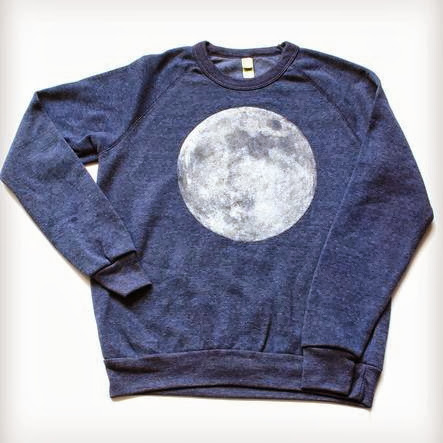 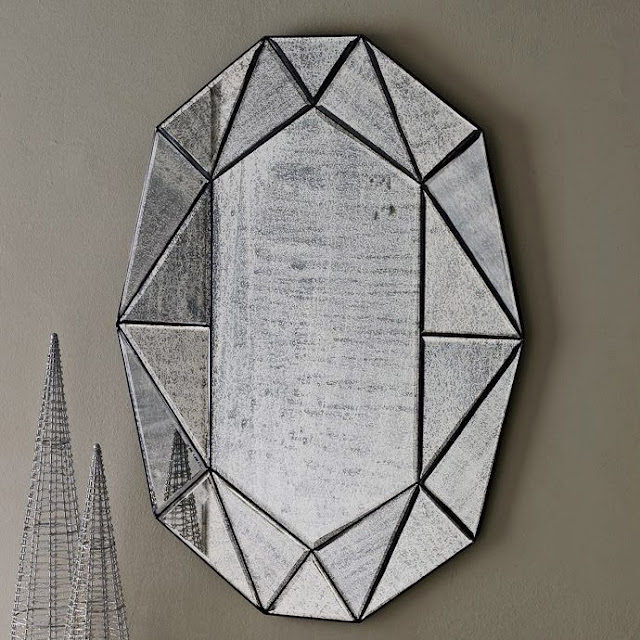 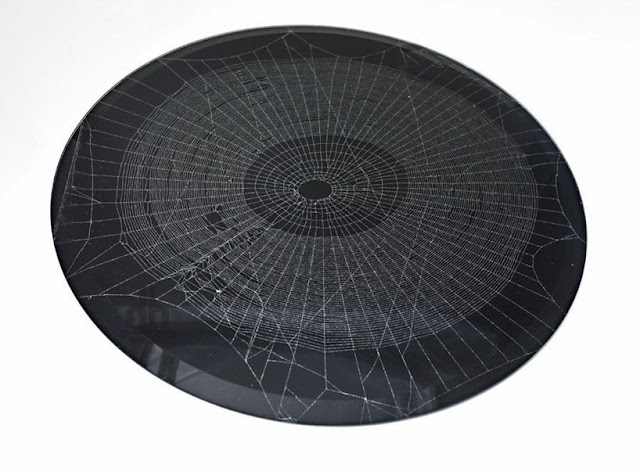 Please feel free to click and purchase..
and drop hints to my family. 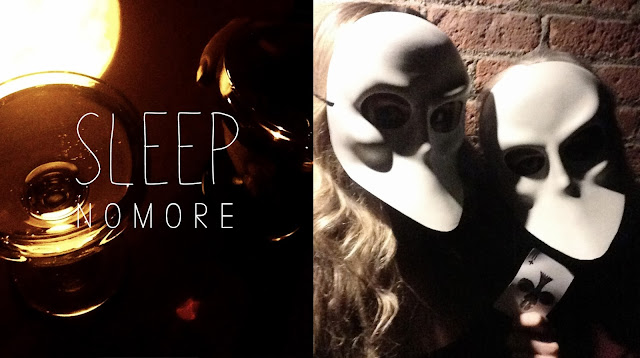 From start to finish this experience felt like a dream.
Sometimes a nightmare, but mostly a dream.  Tonight I went to
Sleep No More.  Not only did I get to see this incredible interactive
three hour performance, but I got to see it with a little guest star.
N to the P to the mother bleeping H.  Neil Patrick Harris.
Boom. Mind blown.

In true Sadah form, we were VIP on the one time NPH guest star night.
There was a looong line outside of the McKittrick Hotel in Chelsea, but since
Sadah knows everyone we got to stand on the other side of the velvet rope
where.. we were the only two people.  Guys are speaking into miniature
ear pieces saying that we were there.. we get magical special stamps and we
head on in.  After nearly killing ourselves trying to find our way in what
felt like the pitch black, we walk into this smokey 1920's lounge and what is
waiting for us?  Oh just a huge bottle of St. Germain and champagne along with
rows and rows of coupes!  I started laughing because it was just so ridiculous!

Eventually everyone else comes in and we receive our masks and.... we go in!
Yes, everyone who is not an actor has to wear this creepy phantom duck mask.
It... was awesome.  Basically you are let out of this elevator and are just suppose
to run a muck all around these spaces that are a set designer's wet dream.  You
are free to go through drawers, books, look through photo albums, go into
any room you'd like.  It was so creepy and so well done.

The first half hour I would say, you're just running around going to all
the different floors and discovering all the different rooms.  The remaining
two and a half hours are spent stalking the shit out of the actors.
Sadah was pulled away twice by two different actors and was force fed
liquids.  She was on lock down in a room and was told to remove her mask.
You're not allowed to speak so it's really not as awkward as you think.
The woman told her something about the moon and the stars and then
spoon-fed her tea.  Normal.

My favorite room was the one with all of the different herbs hanging
upside down, with mason jars everywhere and vintage crates.
That... or the room with the headless baby dolls hanging from the ceiling.
The baby dolls might have won.  I mean if you can't appreciate
a headless doll mobile hanging over an empty crib we can't be friends.

My shining moment was when NPH started making out with one of the witches
and when they stopped the witch ran away and I followed her (as you're suppose to).
So it was me, a guy and the witch in a dark corner and she turns to me and grabs
my face and growl-whispers "they're all gunna die!" and kisses my neck...
WITH TONGUE!  And like a defeated child I frowned under my mask, held
my hands together and walked away as she cackled at me like a rude person.
Honestly.. it just felt like being on a Brooklyn bound L train on a Saturday night
after 1am.  So I really wasn't caught off guard.

I don't want to give away everything so please.  Go see it!

After it was over, and the nice actor man held me during the last scene,
everyone met in the lounge for a drink and NPH sang a few songs for us.
He was arms length from Sadah and I.. just singing show tunes..
and being Barney Stinson.

Ironically enough, I am going to sleep well tonight!
(all those stairs...... and champagne and St. Germain... man.)

#sleepnomore
#NPH
Posted by The Paper Doll at 1:19 AM No comments:

Well it was actually brinner...
When we finished eating it was dark out.
Cafe Magador.  Best brunch ever.  It was fresh and light and delish.
The Bloody Marys weren't anything to write home about but damn.
That food was goooood.  Moroccan and Mediterranean food with
some poached eggs iiin my belly.  I got the Middle Eastern Eggs which
was tabouli, hummus, arabic salad poached eggs, zahatar pita and labne.
Some espresso and baklava to finish! I was seriously in heaven.
I live amongst some pretty amazing places to eat and drink
and I am still exploring my neighborhood.

Now I'm just getting ready for my week with some down time
watching Christmas movies on Hallmark Channel.
Love it so much! 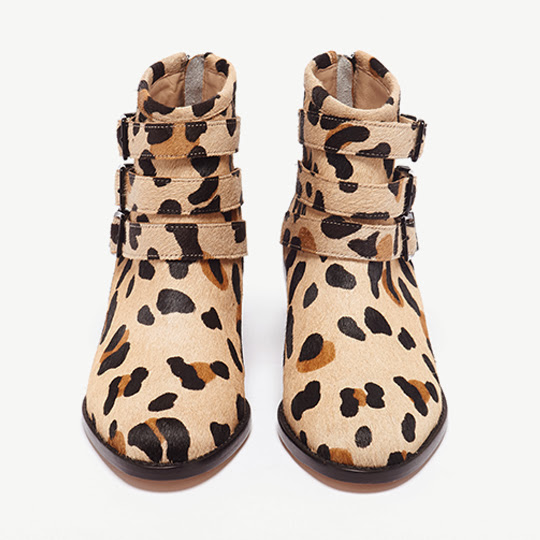 Namaste-ing in the new moon 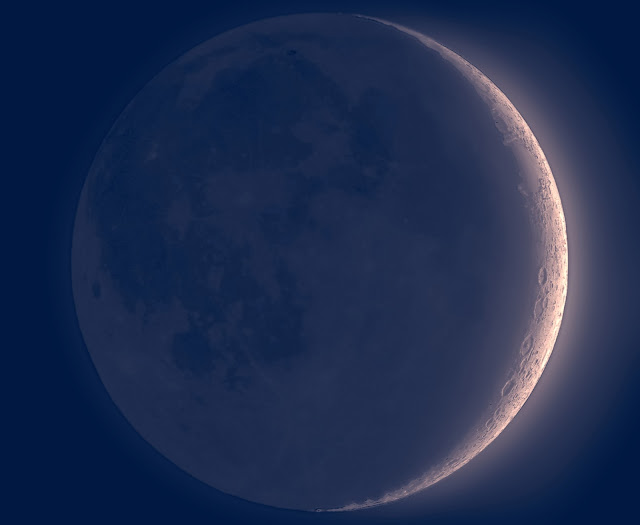 Tonight, I did something new and I did something for myself.
I went to a yoga class alone at a place I've never been too.  Something new for me.
If I go to a yoga class, it is always with a buddy.  But I really needed some alone time
and some time to center and ground myself.  Lately I feel so claustrophobic between
being broke in this city, other people throwing their problems at me, me hoping I'm not
upsetting people because I can't make time to see them and most importantly, not having
any time to just be by myself.  Basically what I'm trying to get at is that I desperately
needed this class.  Ironically enough, when the class started the instructor started talking
about the new moon and how it symbolizes a time that you should try new things.
It just made me smile.  I did so well too.  I really surprised myself.
I mean... I sweat so much it stung my little eye balls!

Change is in the air.. my subconscious anxiety is telling me so.
This is the last new moon of 2013, so use it wisely my friends!

#newmoon
#yogavida
Posted by The Paper Doll at 11:42 PM No comments:

I am currently sitting in my mother's kitchen trying to recoup from
last night's one-too-many-glasses-of-red better know as my 10 year high school reunion.
Whhhy do I do these things.  I keep getting flashbacks of being way too loud, getting
way too close to people's faces and having way too many awkward things come out of my mouth.
At this point.. my train is at 6 and until then I'm going to order Chinese and sit on the couch
and watch awful Hallmark Christmas movies.  Maybe do a little online Christmas shopping.
Which leads me to my actual point of this post... 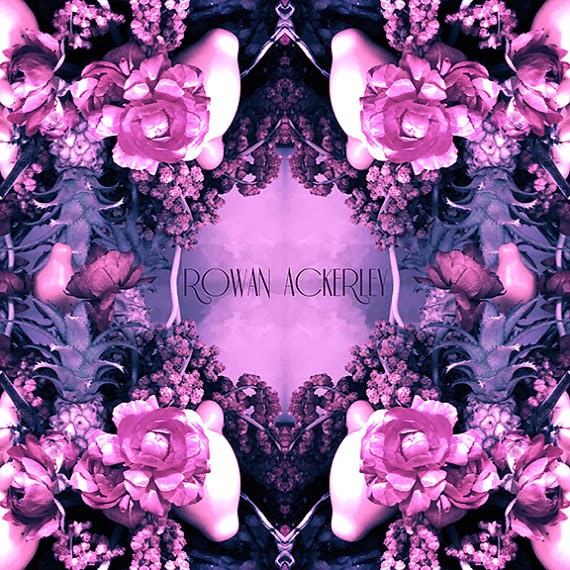 If you are also sitting on your couch trying to forget the happenings of the weekend
you should check out my good friend Coleen's new line of floral products called Rowan Ackerley.  Everything she makes is so beautiful and of course perfect for gift giving!  I'm so obsessed with the Violet Ranunculus and Exotic Floral Silk Scarf.

Coleen is so talented.  What she does is she creates floral arrangements, photographs
them and then manipulates the images to create these floral designs.  Seriously mind blowing
and so special.  She tells us what was in each arrangement that makes up the scarf design.
Such a beautiful conversation piece.

I seriously need to stop shopping for myself.

#rowanackerley
#sundays
Posted by The Paper Doll at 2:14 PM 1 comment: